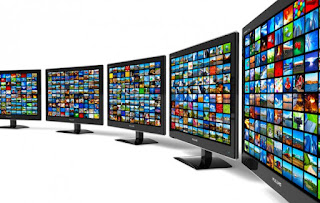 "News organisations cultivate a reputation for demanding transparency, whether by suing for access to government documents, dispatching camera crews to the doorsteps of recalcitrant politicians, or editorialising in favour of open government.

But now many of the country’s biggest media companies — which own dozens of newspapers and TV news operations — are flexing their muscle in Washington in a fight against a government initiative to increase transparency of political spending.

The corporate owners or sister companies of some of the biggest names in journalism — NBC News, ABC News, Fox News, the Washington Post, the Wall Street Journal, USA Today, Politico, the Atlanta Journal-Constitution, and dozens of local TV news outlets — are lobbying against a Federal Communications Commission measure to require broadcasters to post political ad data on the internet.

As we have recently detailed, political ad data is public by law but is not widely accessible because it is currently kept only in paper files at individual stations. The FCC has proposed fixing that by requiring broadcasters to post on the internet details of political ad purchases including the identity of the buyer and the price.

Over the past few months, several major media companies have dispatched top executives or outside lobbyists to the FCC to oppose the proposed rule or to push a watered down version, disclosure filings show. (The FCC is voting on the issue April 27.)"

A clear warning from Edward Snowden

March 11, 2014
Not even the various threats against him have deterred Edward Snowden continuing to speak out.   His latest "advice" comes in the form of a video-link to him in Moscow addressing America's SXSW.